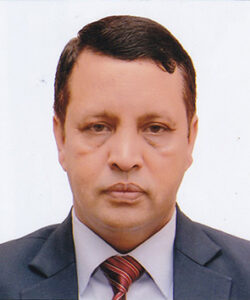 Mr. Bharat Kumar Regmi is the Ambassador of Nepal to Austria and the Permanent Representative of Nepal to the United Nations Organization in Vienna. Arrived in Vienna in August 2022, Mr. Regmi presented his Letters of Credence to His Excellency Alexander Van der Bellen, Federal President of Austria, on 15 September 2022. Likewise, as Permanent Representative, he presented his credentials to Her Excellency Ghada Fathi Waly, Director General of the United Office in Vienna, on 14 September 2022.
Mr. Regmi joined the Ministry of Foreign Affairs of Nepal in February 1996. He has served in the Ministry as well as in diplomatic missions abroad in different capacities. In the Ministry, he worked in various Divisions including the Office of the Deputy Prime Minister and Minister for Foreign Affairs and the Office of the Spokesperson. He headed the Europe America Division, Regional Organization Division, and Policy Planning, Development Diplomacy and Nepali Diaspora Division while in the Ministry.
Mr. Regmi served as Second/First Secretary in the Permanent Mission of Nepal to the UN in New York (1998-2002); as Consul in the Consulate General of Nepal in Lhasa, Tibet, China (2005-2008); as Counsellor in the Embassy of Nepal in Pretoria, South Africa (2010-2014); as Charge d’Affaires e.p. in the Embassy of Nepal in Muscat, Oman (2015-2016); and, as Minister/Deputy Chief of Mission in the Embassy of Nepal in New Delhi, India (2017-2020). While in New Delhi, he served as Charge d’Affaires from October 2017 to February 2019.
Mr. Regmi has received a Master of Political Science and a Bachelor of Law from Tribhuvan University, Katmandu, Nepal. He has attended various professional courses, including Diplomatic Training, Foreign Affairs College, Beijing, China (August 1996 – July 1997); Disarmament Fellowship, the United Nations Offices, Geneva/New York (August – October 2003); Professional Course on Management and Development, Nepal Administrative Staff College (May 2014 – June 2014); and Advanced Course on Asia-Pacific Security, Hawaii, USA (March 2017 – April 2017). He also took Novel Writing Class at South African Writers’ College (2012-2013).

Born in Syangja, Nepal in May 1969, Mr. Regmi is married to Mrs. Shanti Paudel, and they have three daughters – Rajani, Roshani, and Roji.